Tottenham: The good, bad and the ugly of Erik Lamela's eight-year stint after his move to Sevilla 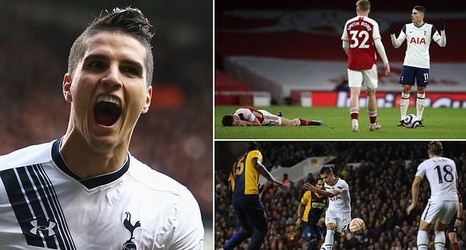 Erik Lamela's career at Tottenham was like a expensive box of chocolates. Some of it left a bitter taste in the mouth and other parts weren't to everyone's fancy - but there were always a handful of moments that went down a treat.

The Argentine midfielder joined Spurs for £30million from Roma in 2013 as part of the 'Magnificent Seven' that were recruited using Gareth Bale's £85m sale to Real Madrid - but eight years later he has still not managed to come through on his massive potential.

Lamela has joined Sevilla in a swap deal with young winger Bryan Gil this week, but the fact he was thrown in alongside a £21m transfer fee shows he was no longer held in the highest esteem by the north London outfit.