Tottenham: The defensive targets Fabio Paratici is lining up to replace Toby Alderweireld 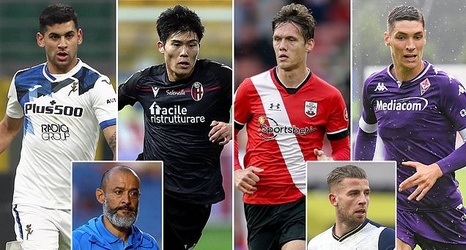 It was truly the end of an era at Tottenham when the club announced the departure of Toby Alderweireld on Tuesday.

The 32-year-old made up one half of arguably the club’s strongest centre-back pairing in modern history, playing alongside compatriot and former Ajax team-mate Jan Vertonghen for the majority of his stint in north London.

Quite fittingly, Alderweireld’s departure came a year to the day after Vertonghen was let go by the club, who is now playing is football at Benfica in Portugal.

Alderweireld bid farewell to Spurs fans in a video, saying it was 'an honour' to play for them

"It's been an honour to play for Spurs.