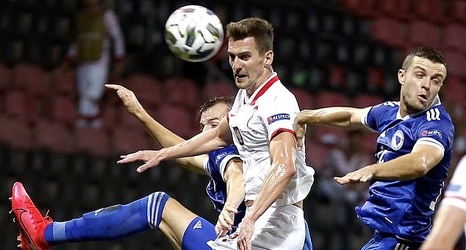 Tottenham Hotspur are continuing their chase for a back up striker to Harry Kane and reports claim they are in talks over landing Arkadiusz Milik from Napoli.

Spurs are desperate to add depth to an attack that features only one senior striker in the England captain, especially ahead of a campaign that could see fixture congestion domestically and abroad.

With the transfer window due to close to other elite leagues on Monday, the north London side have opened talks with Napoli over a move for Milik for around £25million according to The Sun.