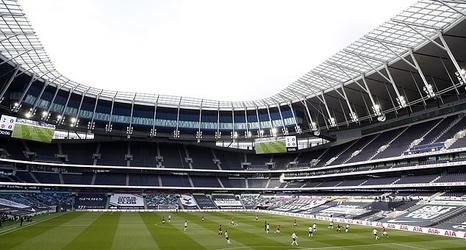 Tottenham Hotspur Stadium is on standby to replace two of the games assigned to Dublin at this summer's European Championship.

The north London club have offered the use of their home to UEFA, amid uncertainty over which venues will get the green light thanks to restrictions triggered by the Covid-19 pandemic.

Doubts have been raised over the Irish capital's Aviva Stadium ahead of Monday, when host cities must commit to a goal of allowing fans into venues at a minimum 25 per cent occupancy. Ireland's stringent restrictions make it unlikely the FAI will be able to make such a pledge.