Tottenham hold talks with agents of exiled Barcelona starlet Ilaix Moriba amid his bitter contract stand-off... but are cautious about prospect of landing 18-year-old amid competition from Chelsea and Manchester City 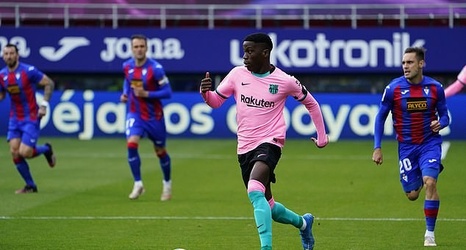 Spurs are among the admirers of midfielder Moriba who made his first-team Barca breakthrough last season.

As well as Metz's Pape Matar Sarr, the north Londoners are understood to have also held talks with representatives of Moriba this week but are cautious about their prospects of landing the 18-year-old amid fierce competition for his signature.

Moriba's camp have been in discussions with Barcelona chiefs over a new deal for months.

But he rejected Barcelona's offer and negotiations are at a standstill with the two parties failing to find common ground on the players' wages.