Tottenham handed a major boost in their pursuit of Cristian Romero this summer with Atalanta 'eyeing up move for Augsburg defender Felix Uduokhai'... who would 'replace the in-demand centre back' at the club 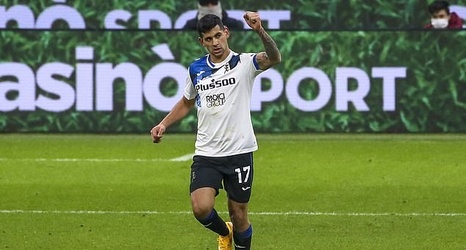 Tottenham have been handed a boost in their chase of Atalanta defender Cristian Romero, according to reports.

Centre back Romero, who is owned by Juventus but spent last season on loan at their Serie A rivals, has caught the eye and Spurs are hopeful of snapping him up.

And their pursuit looks set to end in yet another summer signing with Atalanta eyeing up a move for Augsburg's Felix Uduokhai, as claimed by multiple outlets.

Romero played 42 times for Atalanta in the last campaign, scoring three goals, and is understood to have been tracked by a number of clubs across Europe.