Tottenham 'considering a January move for Franck Kessie' to avoid competing with PSG and Premier League rivals for the out-of-contract AC Milan star in the summer... with Antonio Conte eyeing a new midfielder this month to boost their top-four chances 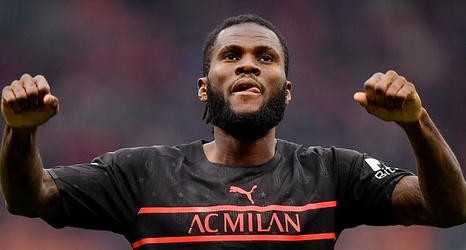 Tottenham are reportedly weighing up a move for Franck Kessie this month to avoid being dragged into a bidding war for the AC Milan midfielder in the summer.

Kessie, 25, is set to become a free agent in just over five months' time with his Milan contract up at the end of June.

Spurs and a host of Premier League clubs are understood to be interested in the Ivory Coast international, who has racked up over 200 appearances since joining Milan from Atalanta in 2017.

PSG are also keeping tabs on his contract situation at the San Siro, with the Bosman ruling meaning he is eligible to secure a free move abroad.