Tottenham 'are ready to bid for Inter Milan star Alessandro Bastoni', with Antonio Conte desperate for reunion with young defender - but Daniel Levy would have to fork out £60m 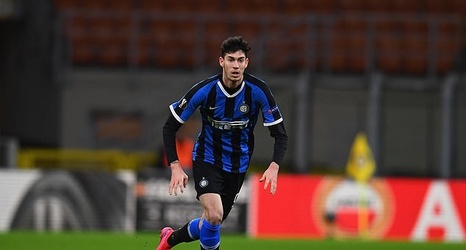 Spurs are expected to strengthen this summer with the club on the verge of returning to the Champions League with a top-four finish.

Bastoni and Conte are no strangers with the 23-year-old defender making 41 appearances for the manager in their Serie A winning campaign last season.

According to Corriere dello Sport, Conte has put Bastoni at the top of his list of potential defensive reinforcements and the club are ready to bid for the Inter star.