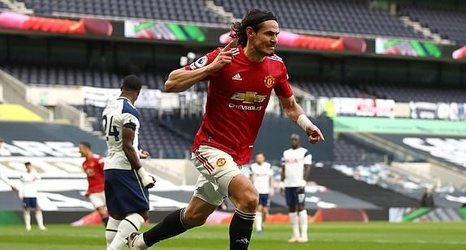 Tottenham took the lead in this game and responded by losing all sense of purpose or intent.

Manchester United, no doubt irritated beyond belief by the way the first half had developed, responded by producing one of the most impressive spells of their season.

That probably says everything about where these two teams are at the moment. United, for all their limitations, are moving forwards. Tottenham, lacking belief and unity both on and off the field, are not.

United were very impressive here in the way they turned this game around to score second half goals through midfielder Fred, centre forward Edinson Cavani and substitute Mason Greenwood.