'They called me and I said no': Ronald Koeman admits he REJECTED chance to manage former side Barcelona after Ernesto Valverde's sacking 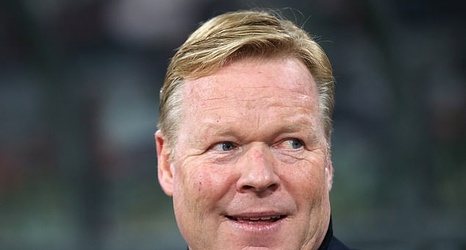 Ronald Koeman has admitted he turned down the opportunity to manage Barcelona earlier this year due to his commitments to the Netherlands.

The Catalan club sacked Ernesto Valverde in January, and after lining up a whole host of candidates chose Quique Setien as his successor.

Former Barcelona star Koeman was among those shortlisted, along with legendary midfielder Xavi, as well as former Tottenham and Juventus bosses Mauricio Pochettino and Massimiliano Allegri.

But in an interview with Spanish outlet MARCA, the Dutchman admitted he was reluctant to leave so close to Euro 2020.