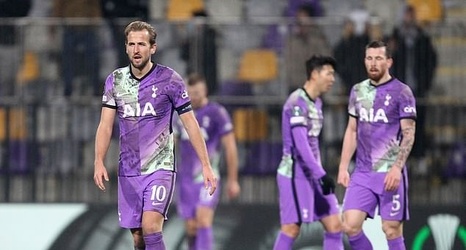 Peter Crouch and Glenn Hoddle were less than impressed with Tottenham's performance during their Europa League clash with Mura on Thursday evening.

Tottenham were beaten 2-1 by the Slovenian champions after Ryan Sessegnon received a red card in the 31st minute of the game.

Speaking after the game, Crouch said: 'The problem is their second string. They can’t compete. When they go to Burnley on the weekend they won't be able to knock on any doors.