The away goal rule led to heartbreak and ecstasy in Europe but UEFA are set to AXE it... after Iniesta's last-gasp strike dumped out Chelsea, Manolas sealed a dream Roma comeback and Moura fired Spurs to the final, here are 10 of the most dramatic moments 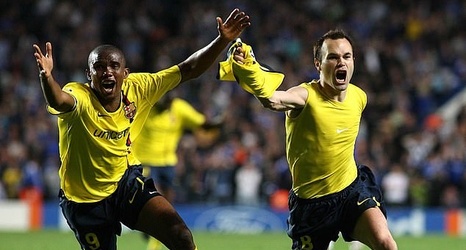 UEFA have dropped yet another bombshell after taking the decision to scrap the away goals rule for the Champions League, Europa League and the newly-created Europa Conference League as of next season.

The change is set to shake up each of the competitions to its very core, with the rule having caused countless supporters of clubs all around the world both heartbreak and jubilation.

It typically led to some edge of your seat drama, especially with teams looking to strike at the grounds of their rivals first, and the imminent switch-up has led to concerns that some matches will become more defensive affairs.