New Arsenal signing Matt Turner refuses to sign a Tottenham fan's shirt - and is overheard calling it 'disgusting' - after his final game for New England Revolution... and Gunners supporters are already calling him 'a legend'! 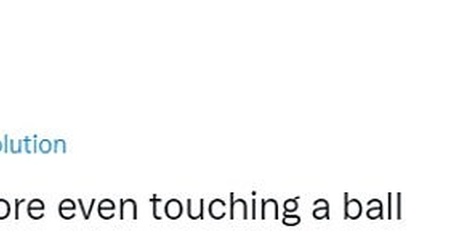 New Arsenal goalkeeper Matt Turner has already endeared himself to supporters by making his feelings known about arch-rivals Tottenham.

The US international will finalise his move to the Gunners from New England Revolution on July 1.

He played his final game for the American team on Sunday and quickly demonstrated his loyalty to his new home.

Scroll down for video

I think he’ll fit in just fine on his side of North London ud83dudd34u26aaufe0fud83dude09 pic.twitter.com/pDzmYRACk0

Turner went over to a section of fans to sign things after the game but there was one item he simply refused to.