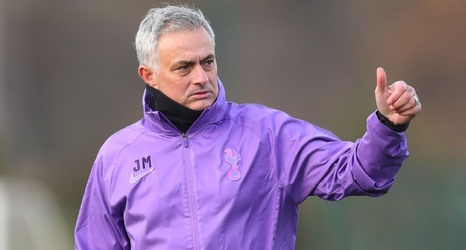 Jose Mourinho has described his Tottenham squad as a "gift" and said he will not need to sign new players in the January transfer window.

Mourinho, speaking at his first news conference since replacing the sacked Mauricio Pochettino as Spurs manager on Wednesday, will start his reign in charge with a trip to West Ham on Saturday aiming to kick-start the club's season following just three wins in 12 Premier League games so far.

But despite inheriting a team that is sitting in the bottom half of the table, Mourinho insisted that the squad which reached last season's Champions League final is much stronger than its league position suggests.