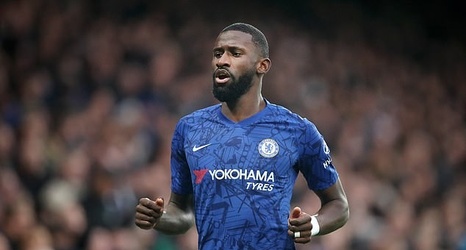 Chelsea and Tottenham offered their backing to Antonio Rudiger on Monday night after no evidence was found to support his claim he was racially abused.

The Metropolitan Police told Spurs on Monday they have closed their investigation into allegations made by the Chelsea defender during his side's 2-0 win at the Tottenham Hotspur Stadium on December 22.

But neither club wants the police decision to deter players from reporting offensive gestures or chanting in the future. In a statement, Chelsea said on Monday night: 'We support Toni Rudiger totally and unequivocally on this matter, and a lack of evidence does not mean an incident did not take place.