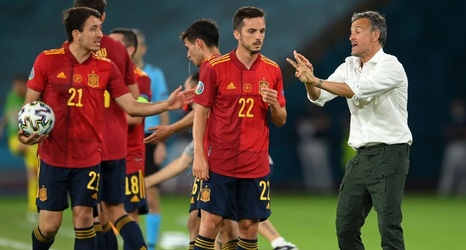 Spain and Sweden share the spoils in a scoreless draw, after one of the most one-sided encounters you'll see in a while. Not because one team (Sweden) was poor and because the other (Spain) was good, but simply because they opted for radically different approaches, both of which worked in their own way. And, having taken different paths, they ended up in the same place, although for Sweden it felt like a win and for Spain it felt like two points dropped.