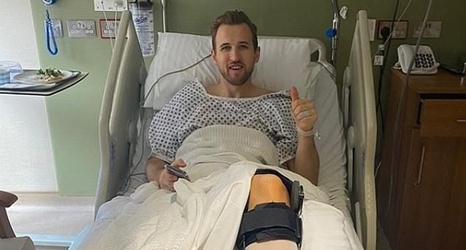 England captain Harry Kane is unlikely to be fit for Euro 2020, a leading orthopaedic surgeon has said.

Kane went under the knife on Saturday to repair a ruptured tendon in his left hamstring and the club have said they expect him to resume training in April.

However, his participation at this summer's tournament was plunged into doubt earlier this week when Tottenham boss Jose Mourinho raised the possibility of Kane not being fit until next season.

And now Chris Wilson, one of the country's prominent doctors in the procedure, says he thinks it is more likely to be six months before Kane could play again.