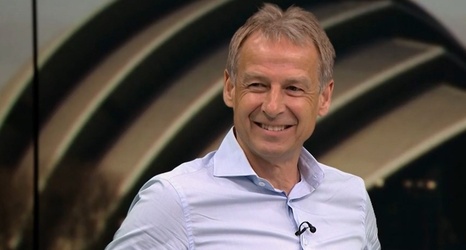 Former Tottenham Hotspur striker Jurgen Klinsmann says he has called chairman Daniel Levy about the vacant manager's job and would "absolutely" take it.

Talks with ex-Roma boss Paulo Fonseca ended on Thursday and Gennaro Gattuso is also out of consideration amid a fans' protest.

"Spurs is still in my heart," Klinsmann told BBC Sport.

Asked by Gary Lineker during the BBC's Euro 2020 coverage on Friday if he would like the job, the German added: "Absolutely would I consider that, but if he doesn't want to I cannot force it."

The 56-year-old enjoyed two spells at White Hart Lane, winning the Football Writers' Association Player of the Year award in 1994-95 after scoring 30 goals in all competitions that season.