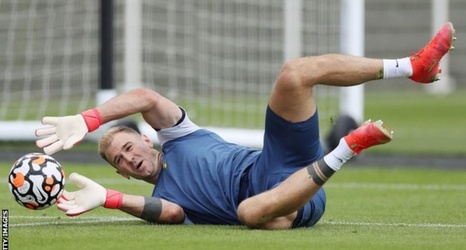 Celtic are interested in former England international Joe Hart as they attempt to address their goalkeeping problems.

Hart, 34, has played 10 times since joining Tottenham on a two-year deal last summer, but only in cup games.

Vasilis Barkas and Scott Bain both played a leg of Celtic's Champions League defeat by Midtjylland but neither seems set to be first choice.

The major stumbling block will be whether Celtic can offer a package large enough to attract Hart.

The former Manchester City player's career has stalled badly since he lost his place at Burnley following a 5-1 hammering by Everton in December 2018, which remains the last league match he played.