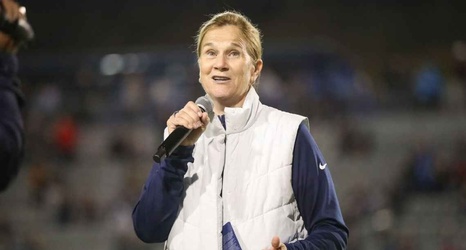 On a near-perfect Southern California day in May and just a couple of miles from the beach, Ellis, now president of the National Women's Soccer League expansion side San Diego Wave FC, was upbeat ahead of her team's inaugural regular season home-opener. The club president appeared enthusiastic about the start of not only the latest chapter in her life, but also her new role, which has allowed her to have a different impact within the game.