'How many great performances or goals did he score against best teams... not many or none': Jose Mourinho takes swipe at Gareth Bale with ex-Tottenham boss scathing of his former loanee 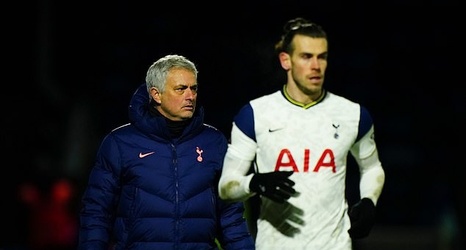 Jose Mourinho has taken a swipe at Gareth Bale, claiming he has produced 'not many or none' great performances against the top teams in recent years.

The Portuguese manager was sacked by Tottenham last season after a poor run of results left them in mid-table and with little chance of qualifying for the Champions League.

Mourinho brought Bale back to Tottenham last season on a loan from Real Madrid, but the Wales winger started just six Premier League games under the former Spurs coach, scoring four times in those matches.