Harry Kane is becoming a PROBLEM for stumbling Spurs: The England captain is down on goals and shots and has looked subdued since Daniel Levy denied him his dream move to Manchester City 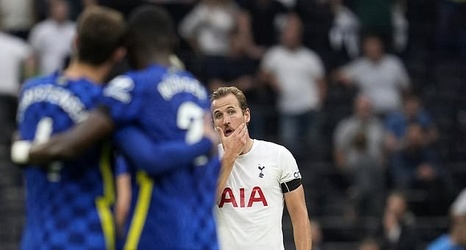 To find the last time Harry Kane went four Tottenham games without a goal you have to retrace the steps of his golden boots to the Champions League final on June 1, 2019.

Kane rushed back from injury to face Liverpool in Madrid to no avail, having failed to score against Liverpool or Crystal Palace in the Premier League and Manchester City, when he was hurt in the first leg of the European Cup quarter-final on April 9.

He did strike twice on his next appearance, against Aston Villa, on the opening day of the following season, rather like the Jimmy Greaves one-liner about a goal drought he once suffered being the worst 15 minutes of his life.