Gennaro Gattuso emerges as the shock favourite to replace Jose Mourinho as Tottenham manager, with the odds PLUMMETING from 999/1 to 4/6... as talks with Paulo Fonseca come to an instant halt 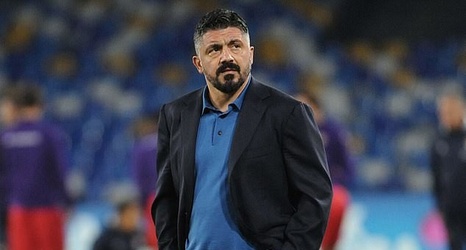 Gennaro Gattuso has emerged as the shock favourite to succeed Jose Mourinho as Tottenham manager, following reports that the north London club's pursuit of Paulo Fonseca is off.

It had been widely recognised that Fonseca's move to Tottenham was all-but a done deal, with the former Roma boss the top choice of newly-acquired Managing Director of Football Fabio Paratici.

Fonseca was expected to sign a two-year deal having agreed a verbal contract, but those talks have now broken down, with Tottenham reportedly switching their attention to Gattuso instead.

Gattuso, 43, walked out of Fiorentina earlier on Thursday, despite being appointed as manager just 23 days ago.