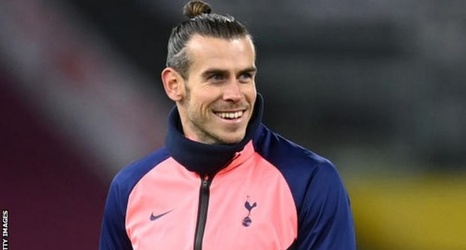 Gareth Bale will start against Royal Antwerp in the Europa League, with manager Jose Mourinho saying "hopefully he can fly".

"Bale is playing and we all have not just the feeling, but also the data that Bale is arriving," Mourinho said.

"He is improving, he is improving a lot. Hopefully he can fly because he is working very hard. So he's playing."

Bale has been restricted to just 80 minutes of action in his second Spurs spell, and was an unused replacement in the win at Burnley on Monday night.

Bale's approach was questioned by some in Madrid but Mourinho says his new signing has been perfect.