Fans allegedly attacked police with furniture ahead of Rangers friendly 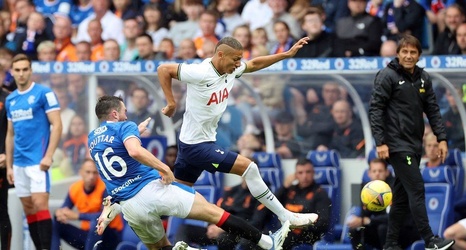 Police officers were allegedly attacked with street furniture during a mass brawl as football fans made their way to the Rangers vs Tottenham Hotspur match in Glasgow.

The disturbance took place at about 13:30 on Saturday ahead of the pre-season friendly at Ibrox Stadium.

A 24-year-old man has been arrested in connection with the incident.

Police said he was charged with mobbing and rioting offences as well as police assault.

A further three men, age 25, 27 and 51 were also charged with breach of the peace offences.