EXCLUSIVE: Tottenham place £25m valuation on Harry Winks with home-grown midfielder set to LEAVE north London this summer - and Southampton and Newcastle lead the race for the 26-year-old 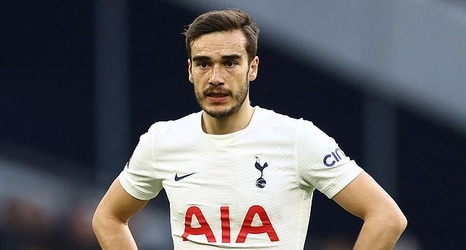 Tottenham have placed a £25million valuation on midfielder Harry Winks, with the England international set to leave this summer.

Winks has played a peripheral role under Antonio Conte since the Italian manager’s arrival in November and is expected to depart north London ahead of next season.

Spurs chairman Daniel Levy will listen to offers for the 26-year-old this summer, and it is believed a fee of between £20m-£25m will be enough to land a player who has been at Spurs since the age of five.

There is likely to be no shortage of takers for Winks; Southampton and Newcastle are understood to have early interest in the midfielder.