England talisman Harry Kane claims he has become a 'better player' since the 2018 World Cup... and insists his uncertain Tottenham future will not distract him during Euro 2020 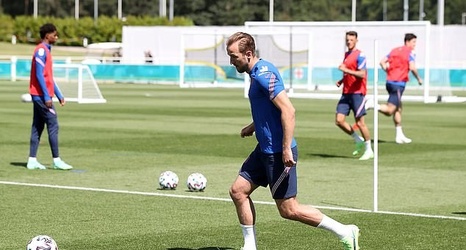 Harry Kane claimed that the uncertainty over his Tottenham future will not distract him during the European Championship and said he is a better player than when he won the Golden Boot at the 2018 World Cup.

The England captain told Spurs he wanted to be sold before the Euros began, an ambitious request which has so far failed to materialise, with the club’s search for a new manager taking another twist when they broke off talks with Paulo Fonseca and opened negotiations with Gennaro Gattuso.

Tottenham’s failure to secure a replacement for Jose Mourinho two months after his dismissal has vindicated Kane’s fears about the club’s direction, with Julian Nagelsmann, Brendan Rodgers, Erik ten Hag, Mauricio Pochettino and Antonio Conte all ruling themselves out before the abortive approach for Fonseca.