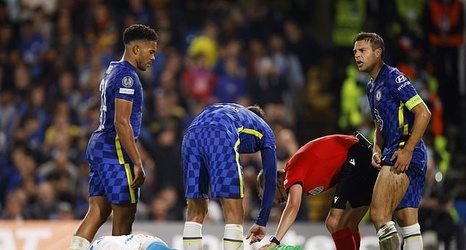 The Senegal international missed the London derby victory with a knock he picked up in midweek against Zenit St Petersburg and was replaced by Kepa Arrizabalaga, who kept a clean sheet.

Mendy's omission was a surprise, but Tuchel said he was not right for the game that was decided by second-half goals from Thiago Silva, N'Golo Kante and Antonio Rudiger.

'We tried throughout the week and on Saturday in training it was so-so,' the German said.