Danny Rose revealed as generous donor for North Middlesex Hospital having given £19,000 for fight against coronavirus as he praises staff: 'You are the heroes' 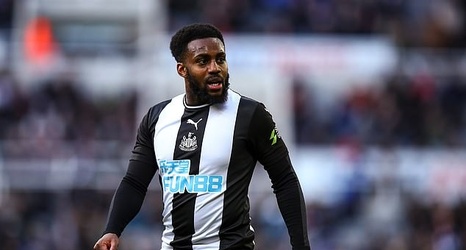 Danny Rose has been unveiled as the mystery donor who gave £19,000 to a hospital which had treated him during his time at Tottenham.

The 29-year-old full back's generosity had originally left North Middlesex University Hospital confused over the identity of the donor.

And the hospital, based in Edmonton in Enfield, revealed they were 'bowled over' by Rose's selfless act - which has greatly boosted their 'Covid-19 appeal'.

The identity of the mysterious donor was revealed by the hospital's 'super sleuths', and current Newcastle loanee Rose soon recorded a video paying tribute to the front line staff's heroics during the pandemic.