Christian Eriksen has asked to be sold by Inter Milan just ten months after leaving Tottenham and the Danish midfielder could be sold in January, confirms club chief Giuseppe Marotta 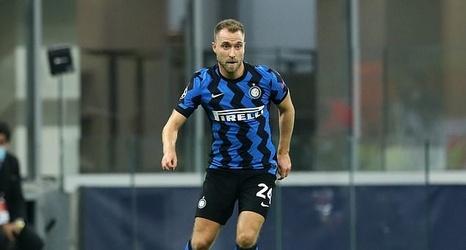 Christian Eriksen has asked to leave Inter Milan and could be sold by the Italian side in January, the Serie A club's sporting director Giuseppe Marotta has confirmed.

The Danish midfielder only joined Inter from Tottenham in January of this year but has struggled to make an impact at the San Siro following his arrival, scoring scoring just four goals in 33 matches including none this season.