Carlo Ancelotti lifts lid on reasons behind now-infamous tea-blowing celebration to Bernard's extra-time winner against Tottenham... as Everton boss reveals it was so cold he couldn't SPEAK in 'freezing' weather - and he was worried VAR would disallow goa 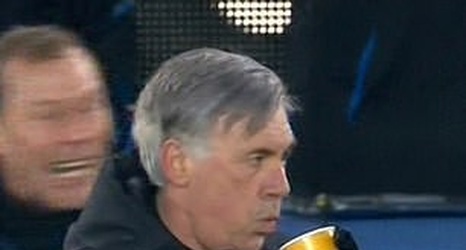 One of the iconic moments of the season so far arrived in midweek when ultra cool Everton boss Carlo Ancelotti nonchalantly carried on drinking his tea after Bernard had netted what turned out to be the winner against Tottenham in their FA Cup tie.

But the Italian insisted it was simply the freezing temperatures at Goodison Park and doubt about whether Everton's fifth goal of the fifth-round fixture would stand that ensured he remained so calm despite the euphoria around him.

Brazilian Bernard netted in the first half of extra time as the Toffees beat Spurs in a nine-goal thriller to reach the quarter-finals of the FA Cup on Wednesday.