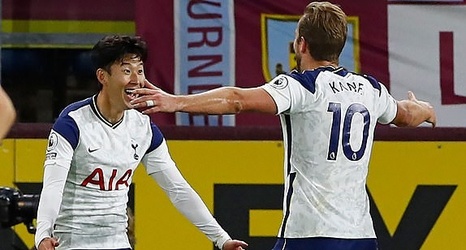 For more than 75 often torturous minutes, the pair who have brought belief back to Tottenham Hotspur were players on the margins, struggling to make an imprint against a side with all of the ideas.

But success in this sport comes in all shapes and sizes, and so it was that Harry Kane and Son Heung-Min found their winning combination once again. An angular header from the edge of Burnley area, navigated towards the space into which Son had quietly stolen and suddenly Jose Mourinho had a very substantial smile on his face.

Kane's initial header, from an Erik Lamela corner which had seemed to be sailing beyond him, was the really clever part - reinforcing that sublime and extraordinary capacity the insatiable centre forward has for setting others up, too.