Bryan Gil IN, Erik Lamela OUT! Tottenham seal their biggest transfer of the summer so far by signing Sevilla's star winger in a £21m deal that sends Argentine midfielder the other way... with help from 'agent' Sergio Reguilon 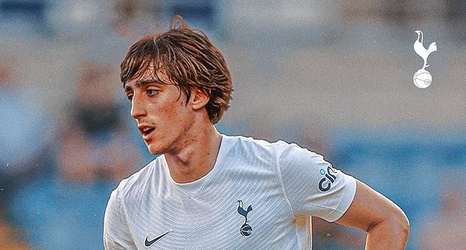 Tottenham Hotspur have completed their first outfield signing of the summer after landing Bryan Gil from Sevilla in a £21million move which sees Erik Lamela head in the opposite direction.

The north London side confirmed the move on their Twitter account, moments after teasing the announcement with a tweet reading 'dos segundos', which translates as Spanish for 'two seconds', in a response to a tweet from left-back Sergio Reguilon telling the club to announce the transfer of his Spanish compatriot.

Gil is the second new signing this summer at the Tottenham Hotspur Stadium following the arrival of goalkeeper Pierluigi Gollini from Atalanta on loan.