Bruno Fernandes and Harry Kane walk straight into our Tottenham vs Manchester United COMBINED XI while Luke Shaw slots in at left back... but who joins him in defence and does Spurs skipper Hugo Lloris miss out to Ole Gunnar Solskjaer's new No 1? 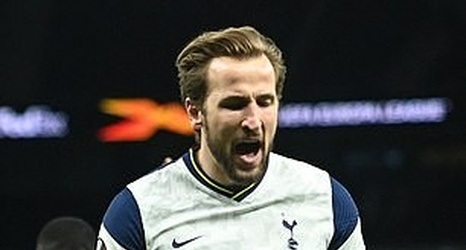 A lot has changed since the last time Tottenham and Manchester United met, with Jose Mourinho masterminding a 6-1 win over his former club last October.

Spurs were flying in second place after that rout at Old Trafford while United were languishing in 14th and were off to an extremely slow start. Now, six months later, United have claimed second while Spurs are desperately chasing a top-four spot with only eight games left to play.

Here, Sportsmail picks a combined XI of players from both Tottenham and Manchester United. We've only included players who are fit to play on Sunday, so there will be no Anthony Martial or Eric Bailly for the Red Devils.