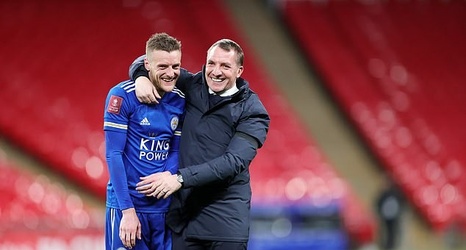 Leicester boss Brendan Rodgers dismissed links to the Tottenham job and insisted he wants to progress at the Foxes.

Spurs are looking for a new manager after Jose Mourinho was sacked on Monday.

They are seventh in the Premier League and face Manchester City in the Carabao Cup final on Sunday, with former midfielder and current academy coach Ryan Mason put in charge until the end of the season.

Under Rodgers, Leicester have become top-four challengers and reached their first FA Cup final for 52 years by beating Southampton on Sunday.