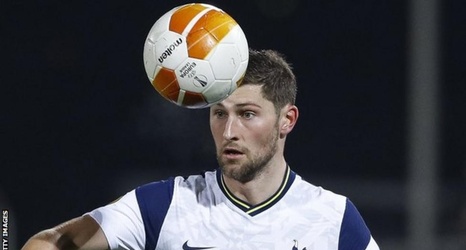 Defender Ben Davies says Tottenham Hotspur's squad is "pulling in the same direction" and determined to win a trophy this season.

Jose Mourinho's side are Premier League leaders, in the last eight of the Carabao Cup and on the brink of the Europa League knockout stages.

Spurs have not won a trophy since their 2008 League Cup triumph.

"It feels like it's been a long time coming to try and win something," Davies said.

"Everybody at this club is determined.

"It's not easy to manage a squad of good players and the number of players we've got here but everybody's pulling in the same direction.