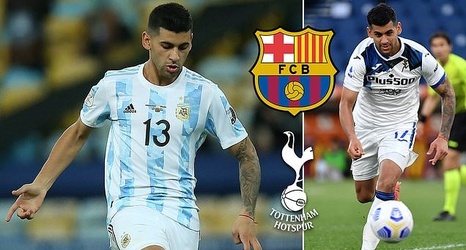 Barcelona are ready to muscle their way into the picture for Tottenham target and Atalanta centre back Cristian Romero, according to reports.

Tottenham's new technical director Fabio Paratici is looking to reshape the squad, with talks continuing over a potential £42m deal for Atalanta's 23-year-old - which they now hope to get over the line following the departure of Toby Alderweireld.

However, this figure is still far off Atalanta's £51m asking price for Romero, whose stock is high following his Copa America triumph with Argentina.

And now according to Sportitalia, Barcelona are preparing to make a move for Romero and out-bid Tottenham for his signature.