Antonio Conte 'would be OPEN to being Manchester United boss if called upon'... but out-of-work Italian 'would reject Arsenal having already turned down Tottenham' 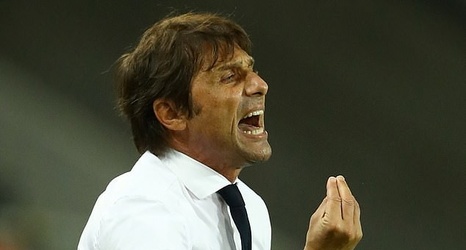 Antonio Conte has reportedly expressed an interest in managing Manchester United should the opportunity arise.

The 52-year-old is currently out of work having left Serie A giants Inter after guiding them to their first championship in 11 years.

Conte has experience of top-flight Premier League management after taking charge of Chelsea in 2016 and winning the title in his first campaign, at the same time as setting a new record for most wins in a season.

Now Sky Sports reporter Gianluca Di Marzio has said Conte would be interested in the Red Devils if they came knocking.