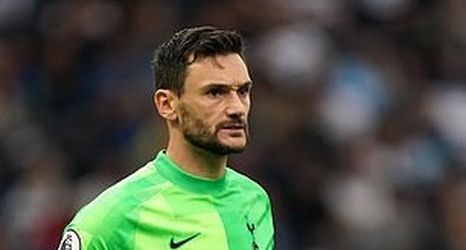 Antonio Conte believes club captain Hugo Lloris wants to stay at Tottenham beyond this summer even though the French goalkeeper's contract enters its final six months.

Lloris has yet to put pen to paper on a new deal in north London, meaning he can negotiate a pre-contract agreement with a new club from Saturday.

The 35-year-old as been at Tottenham for a decade and Conte claims that the goalkeeper's love for the club is a reason for him to stay on.

'Hugo is a Tottenham player, he's the captain,' Conte told a pre-match press conference before his side's trip to Watford on Saturday.