Where does Nick Nurse rank among NBA coaches? 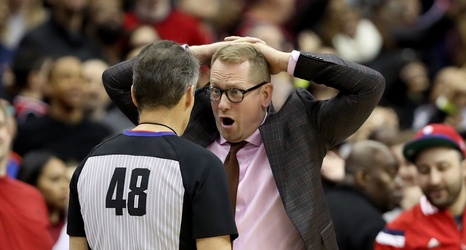 Nick Nurse is a head coach that feels like he’s been around forever. Although last year was technically his first year, there was so much talk from the year before about his inclusion in the identity of the Toronto Raptors that it seemed like last year wasn’t his rookie season.

Alas, it was–and the ending was emphatic. But, there’s a necessary debate of where he lies among the coaching ranks. After all, it’s hard to judge a coach when he employed the best overall team in Raptors history.

Be that as it may, Nurse obviously has some tricks up his sleeve that proved worthwhile.