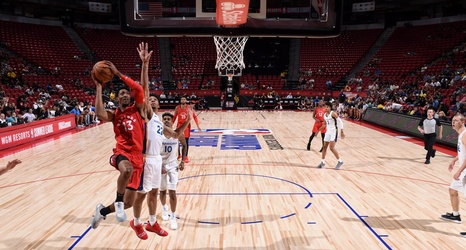 The Toronto Raptors will look to win their first Summer League contest against the San Antonio Spurs tonight.

Toronto dropped their opening Summer League on Saturday to the Golden State Warriors, losing 80-71, but there are several key takeaways to carry into tonight’s game.

Chris Boucher was a walking highlight in the Raptors’ ugly loss to the Warriors. He was throwing down dunks, driving in for layups, hitting a couple of threes, and grabbing every board he could on his way to a 21-point 13-rebound night. On the other end of the floor, he was able to deter the Warriors from driving into the lane when he was in the paint.