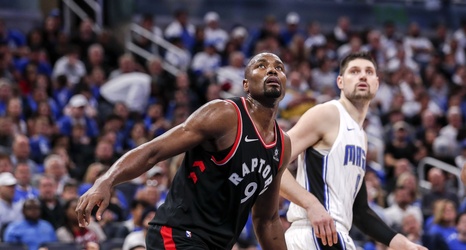 Serge Ibaka came to the Toronto Raptors from the Orlando Magic during the 2016-17 season and, despite a slump in his second season, came to life in his third north of the border. Ibaka has been known to be a steady force for every team he has played on and was one of the most prolific shot blockers in the NBA during his time with the Oklahoma City Thunder. While he is not the shot-blocker he once was, he is still an elite interior defender as he found himself in the top-20 in blocks per game last season.