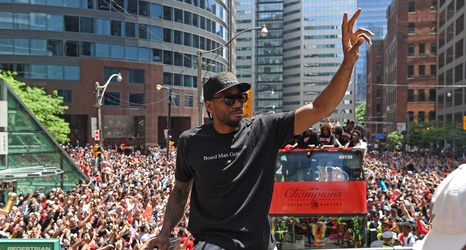 In the most anticipated game of the year, Kawhi Leonard is coming back as a member of an opposing team for the first time since the Toronto Raptors championship. He's going to get his ring. He'll have a tribute video and a standing ovation that will resemble that of DeMar DeRozan's return game.

We all know Kawhi didn't stay around for very long. However, he really didn't need to in order to make the impact that he did. Hunter and Sean have some thoughts about that impact on the organization and city.

Before last season, the Raptors were one of those franchises that felt like they were never going to have the chance to win an NBA championship.