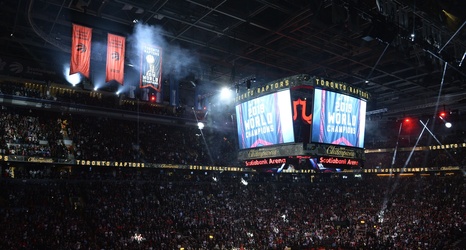 It appears as though the 2019 Toronto Raptors City Edition Uniform has surfaced online.

Similar to years prior, the Raptors will be rocking the black and gold “OVO” color scheme. However, this time the “Toronto” wordmark replaces the “North” wordmark across the chest.

The team has not worn a jersey with the cities name stitched across the front since the 2014-2015 season. When Toronto rebranded their uniforms prior to the 2015-2016 season, “Raptors” simply was used on each uniform.

Toronto’s new jersey features elements from both past and present.

For starters, the front wordmark is a spin on the legendary script utilized on their inaugural and current Hardwood Classics jerseys.