Three takeaways from Toronto Raptors tough loss to the Thunder 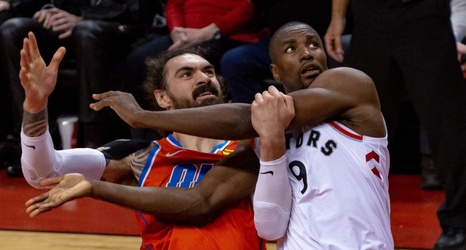 It's never easy to win on the second night of a back-to-back. It's nearly impossible to do so when your team is missing half of its roster to injury. The Toronto Raptors fought incredibly hard against the Oklahoma City Thunder but ultimately came up short.

The game was an absolute slugfest that saw a lot of defense, an incredibly slow pace, and a shot in the final minute to clinch the game. But what were the contest's biggest takeaways?

Toronto received quality offensive outings from role players such as Patrick McCaw and Terence Davis, shot 38-percent from 3, and in general, executed their offensive sets.