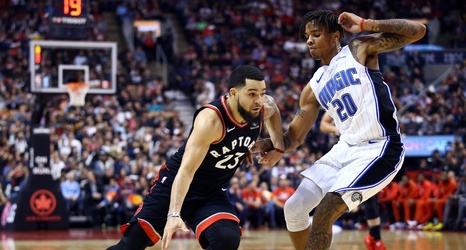 The Toronto Raptors were back in action and hosting the Orlando Magic for the second time this season after already defeating them once back in October. The Raptors were coming into Wednesday night’s game on the back of a historic win against the Charlotte Hornets on Monday night where they dropped a franchise-record 40 assists in the win.

The next man mentality was in full effect for the Raptors once again, as Nick Nurse was still without Kyle Lowry and Serge Ibaka, and Norman Powell would once again step into the starting shooting guard spot.