The Toronto Raptors should be buyers, not sellers at the trade deadline 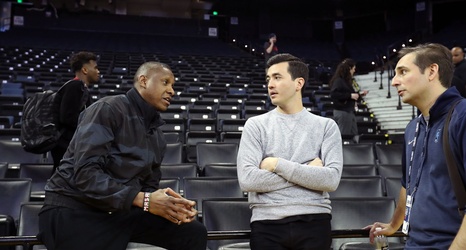 Before the season began, many thought the Toronto Raptors would take a significant step back after their championship run last year. They were expected to be a bottom-tier playoff team, and there was speculation that team president Masai Ujiri would start trading away players to kick-start a rebuild.

Instead, his strategy was to wait. Ujiri wanted to see if his roster sank or swam before making any significant personnel decisions.

The Raptors have no plans to trade vets Kyle Lowry, Marc Gasol or Serge Ibaka (all on expiring deals) ahead of the season, I’m told. As he’s done previously, Masai is expected to give his team an opportunity to sink or swim before choosing a path and deciding on its future.