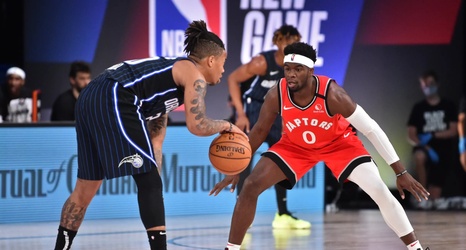 The Toronto Raptors unearthed a lot of success stories on their bench in 2019-20, and Terence Davis might be the shiniest of them all.

Coming out of Ole Miss as an undrafted player, Davis turned down short-term deals in favour of a guaranteed offer — which the Raptors obliged amidst a standout 2019 Summer League. It paid off handsomely during the regular season, as Davis quickly saw his responsibilities increase among an oft-injured Raptors backcourt. He ended up playing at least ten minutes in 60 games for Toronto (including pre-bubble and bubble regular season), averaging 7.