Raptors visit Milwaukee to take on Giannis and the Bucks: Preview, start time, and more 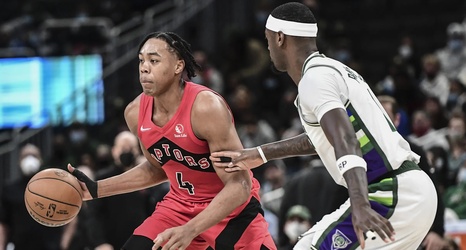 After winning six games in a row, the Toronto Raptors have hit a lull. Dwane Casey’s Pistons won their 5th straight game against the Raptors on Friday night, 103-87. Pascal Siakam and Fred VanVleet led as usual, but again as usual, bench production was dismal. Detroit’s Trey Lyles finished with 21 points himself off the pine, surpassing the 16 points from the Toronto second unit. On the front end of a back-to-back, the bench gave no relief, as Siakam and VanVleet finished with over 40 minutes.

The Milwaukee Bucks, on the other hand, just obliterated the Golden State Warriors on Thursday, leading at halftime by 39 points.