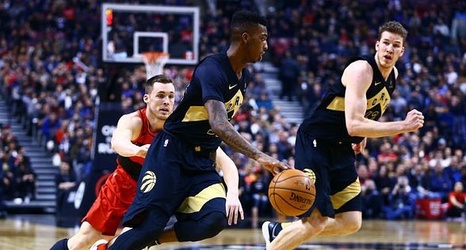 Just a few days ago, it looked like the Brooklyn Nets were going to roll into the 2021-22 season with a lineup heavily influenced by last year’s Toronto Raptors squad, as power forwards Alize Johnson and versatile combo guard DeAndre’ Bembry figured to be contributors off of the bench.

That all changed after the Nets made a trio of moves that cemented themselves as kings of the division, as they signed veteran big men LaMarcus Alridge and Paul Millsap as bench depth while acquiring a potential Raptors target in Sekou Doumbouya from Detroit in a salary dump move that got rid of DeAndre Jordan.